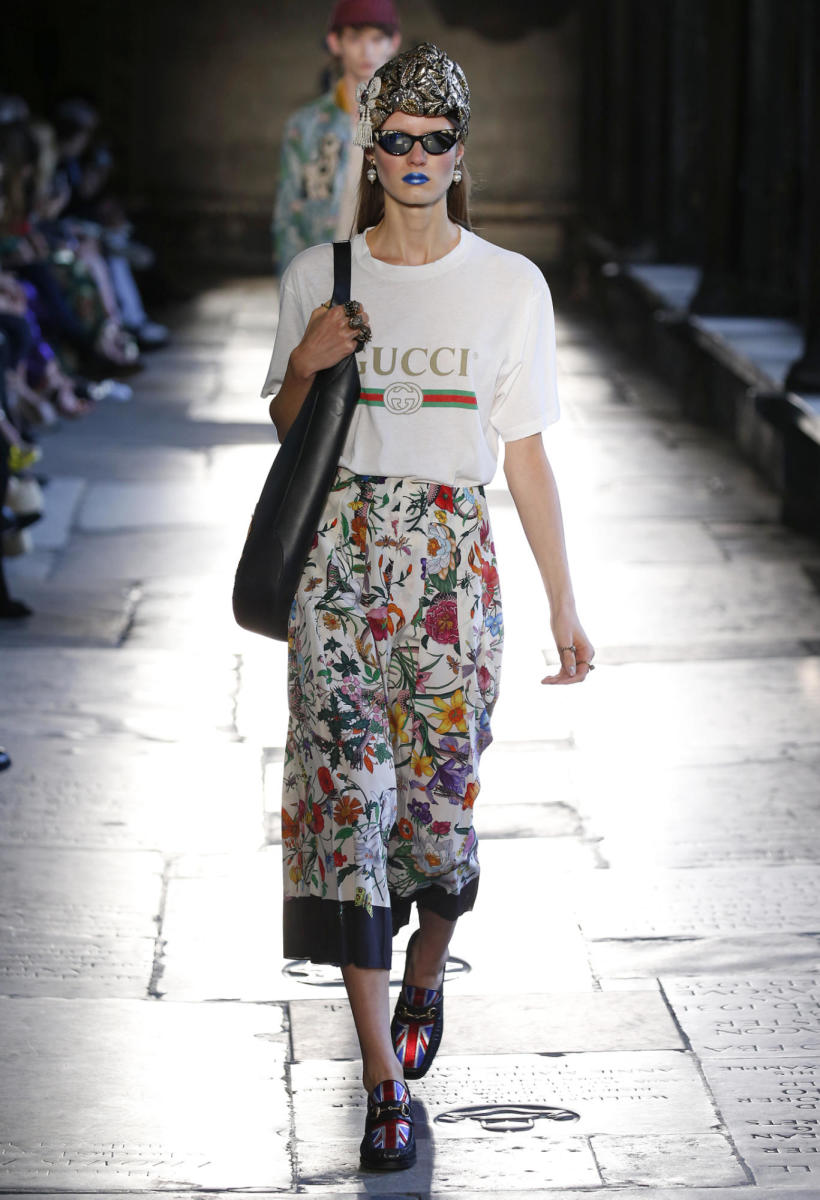 A look from the Gucci Cruise 2017 collection. Photo: Gucci

If you're still in need of Memorial Day Weekend plans, might we suggest a quick trip to Florence? On Tuesday morning, Gucci announced that Alessandro Michele's upcoming cruise collection will debut in the historic Italian city on Mon., May 29.

"Staging the next cruise collection show in the heart of Florence has special meaning, particularly as Alessandro is constantly inspired by the city's renaissance masterpieces," said Marco Bizzarri, President and CEO of Gucci, in an official statement.

Following previous shows abroad, including New York City and the Westminster Abbey in London, Gucci's Cruise 2018 runway show will take place at Pitti Palace's Palatina Gallery — a first for the notable venue — as part of a cultural project, called "Primavera di Boboli," with the Uffizi Gallery and the city of Florence. In addition to the show, Gucci will donate two million euros over the course of three years to restore the Boboli Gardens.

"We are truly grateful to Gucci for having chosen the Palatina Gallery at the Pitti Palace with its very rare treasures of European painting as a backdrop for its exceptional creativity," said Eike Schmidt, Director of the Uffizi Gallery, in an official statement. "We are equally grateful for the commitment to Florence that Gucci has shown with its participation in the Primavera di Boboli project, which literally will give new life to the gardens and make them once again Italy's answer to Versailles."

The brand also notes that guests of the show will have a "true sensory experience that goes beyond the visual" with further information on the "unique journey through the marvels of Renaissance Florence" to be revealed at a later date. In the meantime, we'll be setting up our airfare alerts on Kayak.com.